On July 14 at 3:33 p.m., officers responded to a tobacco store in the 8000 block of Matthews Road in Bryans Road, MD for the report of a disorderly subject breaking items in the store. Upon arrival, two officers made contact, but the man did not comply. He then suddenly punched one of the officers in the face. Officers utilized a Taser and affected the arrest without further incident. A knife was found in the man’s pocket. A computer check revealed the suspect, Ottoy Bradley Lawson, 30, of Davis, OK, had an open warrant in Charles County for failing to appear in court for criminal charges and he had an active warrant in Oklahoma. As a precaution, the suspect was taken to Charles Regional Medical Center and cleared medically before being transported to the detention center where he was charged with theft, destruction of property, failure to appear in court, assault and resisting arrest.

On July 15, a district court commissioner ordered Lawson could be released from the Charles County Detention Center after paying 10% of a $1,000 bond. Officer Marvin is continuing the investigation. 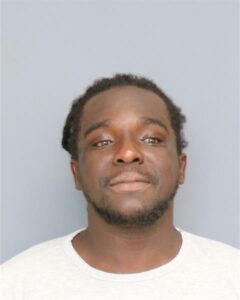