On June 13 at 2 a.m., officers initiated a traffic stop in the area of Post Office Road and Catterton Place after learning the registration plates were suspended. During the course of the stop, officers observed marijuana inside the car and recovered it. The driver and passenger were asked to exit the vehicle at which time the passenger fled. He was apprehended a short distance away and was found to be in possession of a fully-loaded semi-automatic handgun with a loaded 30-round magazine. Charles Edward Gross, 20, of Indian Head, was arrested and charged with illegal possession of a firearm, illegal transportation of a firearm, and other related charges. The driver was issued several traffic violations. On June 16, a district court commissioner released Gross from the Charles County Detention Center after he paid 10% of a $1,500 bond. PFC Phillips is investigating. 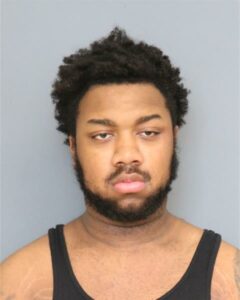