On May 13 at 10:30 a.m., officers responded to the 2100 block of Crain Highway in Waldorf for the report of a carjacking that just occurred. A preliminary investigation revealed the victim was entering his car when four males approached, displayed a handgun, and ordered the victim out of the car. The victim complied and the suspects fled in the vehicle. Police dispatchers broadcast a lookout and a detective, who was nearby, observed the car and attempted to initiate a traffic stop. The suspects continued to the area of Mt. Claire Place in Waldorf where the driver hit a curb, disabling the car. All four suspects fled on foot. Officers and a police K9 team established a perimeter and located three suspects initially. They recovered a loaded firearm that was tossed by a suspect as he was fleeing. The fourth suspect was later located by a detective in a neighborhood. Officers recovered another handgun, belonging to a suspect, inside the victim’s car. Marquese Dayequan Milburn, 21, of Waldorf; Keyon Jasey, 20, of New Jersey; a 16-year-old male (charged as an adult); and a 15-year-old male (charged as a juvenile) were charged with armed carjacking, robbery, first-degree assault, possession of a firearm, illegally transporting a firearm, and other related charges. The victim was not injured in this case. On May 16, a judge ordered three of the suspects to be held without bond at the Charles County Detention Center. The 15-year-old male is being held at a juvenile facility. Detective Logsdon is continuing the investigation. 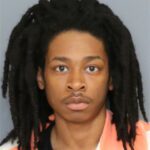 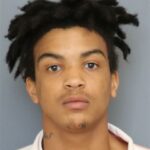