On April 20, at 12:55 p.m., officers responded to an apartment complex on Ell Lane in Waldorf for the report of the sound of gunshots. A preliminary investigation revealed two males were in the parking lot of the complex when one male pulled out a gun and fired several shots into the air; no one was struck.  The suspect fled in a vehicle. Through investigation, detectives were able to identify the shooter as Arthur Jeffrey Hicks, Jr., 43, of Waldorf. Hicks subsequently contacted investigators later that day and detectives learned he was prohibited from possessing a firearm due to a previous felony conviction. Hicks was arrested and charged with illegal possession of a handgun, reckless endangerment, possession of a firearm on a person, and other charges. On April 21, a judge ordered Hicks to be held without bond at the Charles County Detention Center. Detective Logsdon is investigating. 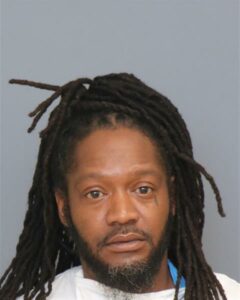