On March 23 at 3 p.m., officers responded to Continental Drive and Sandestin Place in White Plains for the report of a shooting. Upon arrival, they located two juveniles with injuries. One victim had a gunshot wound to his arm; an officer was able to apply a tourniquet until EMS arrived. Both victims had been struck with the pistol and sustained non-life-threatening injuries. The victim with the gunshot wound was transported to a hospital where he was treated and later released. During the investigation, detectives were able to identify three suspects. On April 21, investigators from the Criminal Investigations Division, with assistance from Patrol, the Narcotics Enforcement Section, and Judicial Services served multiple search warrants at various locations. The suspects were also located. Jalen Eugene Chambers, 21, of Waldorf, and two 16-year-old males were arrested. During the arrest, one of the 16-year-old males was in possession of a fully-loaded “ghost gun” – a gun that does not have a serial number – which had an extended magazine. All three suspects were charged with attempted first-degree murder, attempted second-degree murder, first-degree assault, use of a firearm in the commission of a crime, and other related charges. The 16-year-old suspects were charged as adults. All three suspects are being held at the Charles County Detention Center without bond. Detective Johnson is investigating. 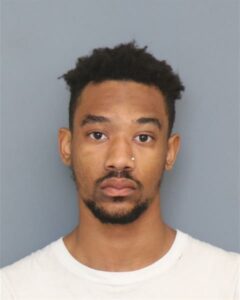