On April 15 at 8:55 p.m., officers responded to the 1100 block of Crain Highway in Waldorf for the report of a stabbing. A preliminary investigation revealed the suspect stabbed the victim, an acquaintance, in the neck with a knife and then fled the scene. Officers canvassed the area but were not able to locate the suspect. The victim was transported to a nearby hospital where he was treated and later released. Officers obtained an arrest warrant for Damon Samuel Harrison, 56, of Waldorf. He was located and arrested on April 18 and charged with first-degree assault, second-degree assault, and other related charges. On April 19, a judge released Harrison from the Charles County Detention Center on the condition that he meets the criteria for electronic monitoring. PFC M. Wagner is investigating. 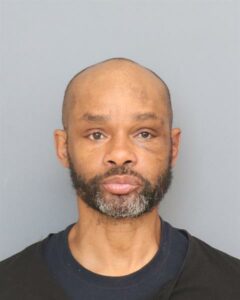