Charles County Sheriff’s detectives assigned to the Criminal Investigations Division have arrested Delvonte Elmore, 27, of Washington, D.C., in connection with a shooting where an 8-month-old boy was injured on Gallery Place in Waldorf. During the investigation, detectives developed Elmore as a suspect and obtained an arrest warrant. Elmore was located and arrested on April 18 in Washington, D.C. where he is being held pending extradition. He faces charges of first-degree assault, second-degree assault, home invasion, use of a firearm during the commission of a crime, and other related charges.

The shooting occurred on April 14 at 12:05 a.m. in the 3000 block of Gallery Place in Waldorf. A preliminary investigation showed two males forced their way inside the residence and encountered a woman who was inside holding her 8-month-old son. The suspects broke into the apartment looking for another person who was not there. The suspect pointed a handgun at the woman’s head at which time a struggle ensued and the gun discharged striking the infant in his hand. The infant, who had a serious injury, was flown to a hospital where he was treated and later released. Investigators are pursuing leads relating to the second suspect. Anyone with additional information is asked to call Detective Worley at 301-609-6518. Tipsters wishing to remain anonymous may contact Charles County Crime Solvers by calling 1-866-411-TIPS. Tips can also be submitted online at www.charlescountycrimesolvers.com or by using the P3Intel mobile app. The investigation is ongoing. 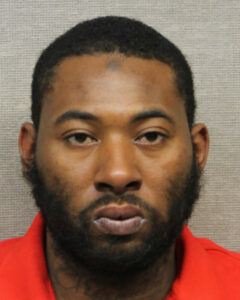