On April 14 at 1:25 a.m., officers were in the 3000 block of Gallery Place in Waldorf investigating a shooting that occurred earlier in the morning. As they canvassed the area, they encountered two males who were sleeping in their cars in the apartment complex parking lot. One of the males, Richard Banard Gates, 38, of North Carolina, had a handgun in plain view in his car. The other male, Gregory Dunbar, 30, of Accokeek, had an open arrest warrant for failure to appear in court from another county. Both men were arrested. Gates was charged with possession of a handgun in a vehicle. He was released from the Charles County Detention Center by a district court commissioner on personal recognizance. Dunbar was released by a district court commissioner on personal recognizance. Investigators do not believe the men are connected to the shooting that previously occurred. 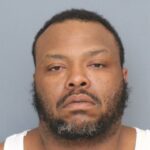 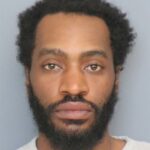