On March 31 at approximately10:30 p.m., officers and local fire departments and EMS responded to the 3000 block of Heathcote Road in Waldorf for the report of an altercation and a fire. After the fire was extinguished, investigators located Rashawn Cline, 27, and her daughter, Dashawn Cline, 1, inside the residence; they were deceased. During a joint investigation with the Office of the State Fire Marshal and detectives with the Charles County Sheriff’s Office Criminal Investigations Division,  investigators determined the fire was an arson and deliberately set. The Office of the Chief Medical Examiner (OCME) ruled the deaths of Rashawn and Dashawn Cline a homicide as a result of the fire. Vincent Anthony Fisher, II, 46, who lived at the residence, was identified as the suspect. Immediately after the fire, Fisher was arrested and charged with assaulting another resident of the house that occurred just prior to the fire; he was being detained at the Charles County Detention Center. Based upon the findings of the Office of the State Fire Marshal and the OCME, on April 7, Fisher was charged with first-degree arson and murder. The victims were the daughter and grandchild of Fisher’s girlfriend who lived at the house. Fisher is currently being held at the Charles County Detention Center with no bond. Anyone with information is asked to call Detective Bringley at 301-609-6499. Tipsters wishing to remain anonymous may contact Charles County Crime Solvers by calling 1-866-411-TIPS. Tips can also be submitted online at www.charlescountycrimesolvers.com or by using the P3Intel mobile app. The investigation is ongoing. 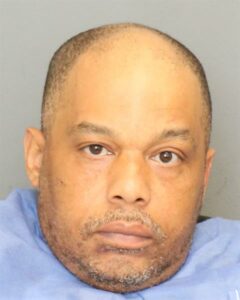