On April 3 at 7:10 p.m., officers responded to the 12500 block of Mattawoman Drive in Waldorf for the report of an assault. Upon arrival, officers observed a male victim who had several lacerations. A preliminary investigation revealed the suspect, Coby Elliott Stewart, Jr., 31, of no fixed address, was arguing with the victim, who is known to him, when Stewart retrieved a machete he was carrying and swung it at the victim causing lacerations to the victim’s face and hand. The victim was transported to a hospital with injuries that were not life-threatening. Officers located the suspect nearby. He was wearing a sheath, which contained the machete. Officers were able to arrest him without incident. Stewart was charged with first-degree assault and second-degree assault. A judge has ordered Stewart to be held without bond at the Charles County Detention Center. The investigation is ongoing. 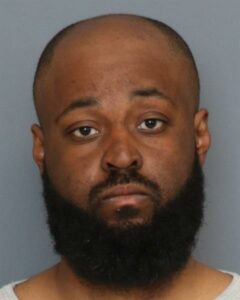