On March 29 at 6 p.m., officers were made aware of a sexual assault that occurred in the 2700 block of Coppersmith Place in Bryans Road, MD. A preliminary investigation revealed the victim, a 14-year-old, met the suspect via a social media app and agreed to go to the suspect’s home after the suspect presented himself as a teenager. Once the victim was inside the house, the suspect, Randall Jnbaptiste, 47, of Bryans Road, sexually assaulted the teen. The victim was able to flee from the house and notify a parent. Jnbaptiste was arrested and charged with second-degree rape and third-degree sex offense. On March 31, a judge ordered Jnbaptiste to be held without bond at the Charles County Detention Center. There are no similar reports and the investigation is ongoing. 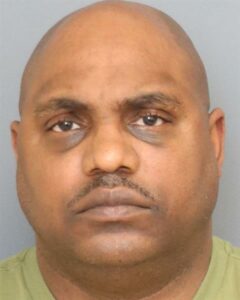 Charles County Crime Solvers offers rewards of up to $1,000 for information that leads to the arrest or indictment of a person responsible for a crime in Charles County. All individuals who provide tips through Crime Solvers will remain anonymous. Anyone with information about an unsolved crime or the location of a fugitive may contact Charles County Crime Solvers by calling 1-866-411-TIPS. Tips can also be submitted online at www.charlescountycrimesolvers.com or by using the P3Intel mobile app, which can be found on the Android Store and Apple store by searching P3tips. For more information about the P3 program, click on this link: www.p3intel.com.