On March 26 at 2:05 p.m., patrol officers initiated a traffic stop on High Street in Waldorf after observing a traffic violation. Upon approaching the vehicle, officers smelled a strong odor of marijuana and observed suspected marijuana on the console. Further investigation revealed the passenger, Jaquan Devon Dorsey, 18, of Waldorf, had a polymer “ghost gun” – meaning the gun has no serial number –in his pants. The driver, Terence Nathaniel Thompson, Jr., 19, of Waldorf, was in possession of a loaded firearm magazine. Officers also located approximately 40 grams of suspected marijuana. Dorsey and Thompson were charged with illegal possession of a firearm, illegal transportation of a firearm, possession of drugs, and other related charges. On March 26, Thompson was released from the detention center by a district court commissioner on a $3,500 unsecured bond. On March 27, Dorsey was released by a district court commissioner on a $3,500 unsecured bond. The investigation is ongoing. 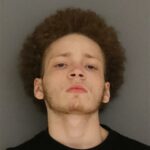 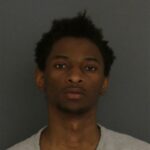