On March 23, detectives assigned to the Criminal Investigations Division arrested Raequan Traymond Reaves, 26, of Waldorf, in connection with an armed robbery of a citizen that occurred earlier this month. On March 7, officers responded to a tavern in the Waldorf area for the report of a robbery. The victim had previously arranged to meet with the suspect(s) at the tavern to sell a dirt bike, but when they met, one of two male suspects displayed a firearm and stole the victim’s dirt bike and a handgun. Detectives were able to identify Reaves as a suspect and obtained an arrest warrant. Reaves was charged with armed robbery, theft, and other related charges. On March 24, Reaves was released from the detention center by a judge after paying 10% of a $10,000 bond. Detectives are pursuing leads regarding the second suspect. Anyone with information is asked to call Det. Smith at 301-609-6504. Tipsters wishing to remain anonymous may contact Charles County Crime Solvers by calling 1-866-411-TIPS. Tips can also be submitted online at www.charlescountycrimesolvers.com or by using the P3Intel mobile app. Crime Solvers is offering a cash reward of up to $1,000 for information leading to the arrest and indictment of the other suspect. The investigation is ongoing. 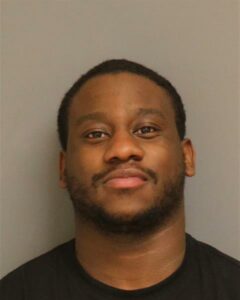