Charles County, MD…Detectives assigned to the Charles County Sheriff’s Office Criminal Investigations Division have charged Daylin Roy Davis, 27, of Waldorf, with sexual solicitation of a minor, sex offenses, and assault. In early March, a school administrator at Westlake High School observed what appeared to be an inappropriate relationship between Davis and a student. At the time, Davis was an instructional assistant at Westlake High School and a freshman basketball and cross-country coach at North Point High School in the Charles County Public School system. The Sheriff’s Office was notified and detectives began working immediately to determine the nature of the contact he had with the student. Through investigation, detectives learned Davis was also involved with a second student. The contact with the students was determined to be criminal in nature. Further investigation revealed the contacts took place within the school on numerous occasions from September 2021 – March 2022. Detectives obtained an arrest warrant and on March 23, Davis was located and arrested. He was charged with two counts of sexual solicitation of a minor, third-degree sex offense, fourth-degree sex offense, and second-degree assault. He is currently being detained at the Charles County Detention Center without bond.

During the investigation, detectives learned that in 2017, Davis was involved in inappropriate contact with a juvenile female in another state. Investigators are asking anyone who may have had inappropriate contact with Davis to call Detective Singh at 301-609-6471. Tipsters who want to remain anonymous may contact the Charles County Public Schools tip line at 301-302-8305 or Charles County Crime Solvers at 1-866-411-TIPS. The investigation is ongoing. 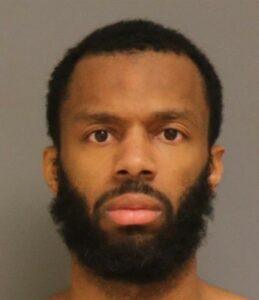