On March 11 at 11:40 a.m., officers initiated a traffic stop in the 9900 block of Crain Highway in Faulkner after a computer check revealed the tags on the vehicle belonged to a different car. Upon approaching the driver, the officer detected the odor of burnt marijuana. He also noticed a large amount of suspected marijuana in plain view in the front passenger seat. A loaded firearm was also recovered inside the vehicle. The driver, Derek Robert Ward, III, 30, of Washington, D.C., was arrested and charged with illegally transporting a firearm, possession of a firearm, and other related charges. A district court commissioner released Ward on a $5,000 unsecured bond later that day. The investigation into the recovered drugs is continuing. 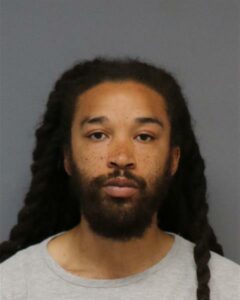