Charles County Sheriff’s detectives assigned to the Warrant Unit are seeking the whereabouts of Desean Naheem Cobb, 18, of Waldorf, who is wanted in connection with a violent assault that occurred on March 7 in Waldorf. Cobb is alleged to have pointed a gun at a female acquaintance after she left work. He fled before officers arrived. Cobb was previously arrested for a similar incident on February 9 in which he threatened the same victim with a gun. He was arrested and charged in that case but a judge released him from the detention center on personal recognizance on February 10. Cobb is 6’3” and weighs about 140 lbs. He is considered armed and dangerous. Anyone with information about Cobb’s whereabouts should not approach him, but rather call 9-1-1. Tipsters wishing to remain anonymous may contact Charles County Crime Solvers by calling 1-866-411-TIPS. Tips can also be submitted online at www.charlescountycrimesolvers.com or by using the P3Intel mobile app. The investigation is ongoing. 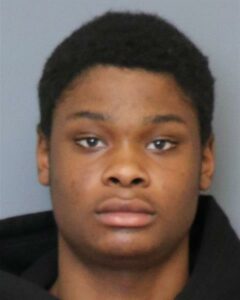