On February 24 at 4:45 p.m., officers initiated a traffic stop on St. Chares Parkway near St. Thomas Drive after observing a traffic violation. Upon approaching the driver, officers detected an odor of burnt marijuana. Further investigation revealed the driver had a fully loaded polymer “ghost gun” – meaning the gun did not have a serial number – with an extended magazine. In addition, officers recovered additional parts of another “ghost gun” and ammunition inside the vehicle. A small amount of marijuana was also recovered. The driver, Aaron Ignatious Bowman, 21, of Waldorf, was charged with possession of a loaded firearm on a person, illegal transporting of a firearm, and other related charges. On February 25, Bowman was released from the detention center by a district court commissioner after paying 10% of a $5,000 bond. The investigation is ongoing. 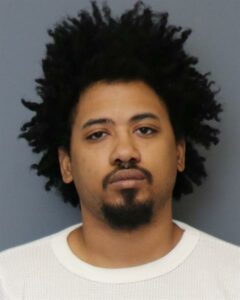