On February 15 at 12:49 p.m., officers initiated a traffic stop in the area of Crain Highway and Washington Avenue after noticing a car swerving between the travel lanes. Upon approaching the driver, the officer detected a strong odor of marijuana. Further investigation showed the driver to be in possession of 50 grams of suspected marijuana, a scale, three cell phones, a fully loaded firearm, and an extra magazine of ammunition. Donald George Keldo, Jr., 31 of Virginia, was arrested and charged with possession with intent to distribute drugs, illegally transporting a firearm, and other related charges. Later on February 15, a district court commissioner released Keldo on an unsecured bond of $10,000. The investigation is ongoing. 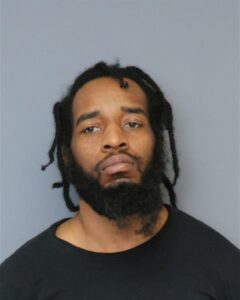