On January 29 at 11:11 p.m., patrol officers initiated a traffic stop in the area of Leonardtown Road and Mattawoman Beantown Road after observing a speeding violation. During the stop, officers learned the driver did not have a driver’s license. Further, a gun with an extended magazine was observed in the area of the driver’s seat. Brandun Kristian Queen, 25, of Oxon Hill, was arrested without incident. A semi-automatic 9mm “ghost gun” – meaning a gun that lacks a serial number – with a 30 round, fully loaded magazine was recovered in addition to suspected marijuana. Queen was charged with possession of a loaded firearm, illegally transporting a firearm, and other related charges. On January 31, Queen was released from the detention center by a district court commissioner after posting ten percent of a $2,000 bond. The investigation is ongoing. 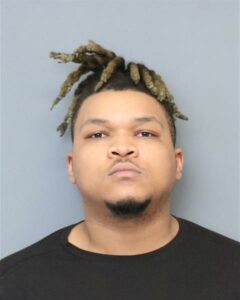