On January 28 at 7:50 a.m., officers received a call for the report of an attempted robbery and assault that just occurred. The victim indicated she was jogging on Berry Road near Ironwood Drive in Waldorf when a male approached her and demanded her cell phone. The man then struck the victim with a heavy book bag he was carrying. The suspect attempted to assault the woman again but she fought back and was able to get away from him. She flagged down a passing motorist who drove her home and she notified police. The victim gave a detailed description of the man who attacked her. Officers canvassed the area, located the suspect, and arrested him after he attempted to flee on foot. A large wooden block was found inside his bag. Amir Dontae Hopkins, 24, of Waldorf, was charged with attempted theft, attempted robbery, and assault. On January 31, a judge ordered Hopkins be held at the detention center without bond. The investigation is ongoing. 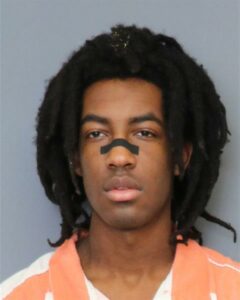