On January 28 at 1:30 a.m., officers observed a vehicle parked near the entrance to a store on Mall Circle and the driver appeared to be asleep or unconscious. As officers investigated, they were able to wake the driver up. Upon further investigation, officers detected a strong odor of marijuana from inside the vehicle. They also observed a gun, which turned out to be a replica handgun, near the driver’s feet. Suspected marijuana, numerous capsules of suspected methamphetamine, baggies, a scale, and drug paraphernalia were also recovered. Lamar Foxx Keene, 44, of Waldorf, was arrested and charged with possession with intent to distribute drugs, possession of narcotics, and alcohol violations. Keene was released from the detention center several hours later by a district court commissioner after posting 10% of a $3,500 bond. The investigation is ongoing. 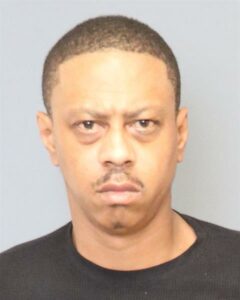