On January 11 at 1:30 a.m., a patrol officer was conducting a business check at a convenience store in the 4700 block of Crain Highway in White Plains when he observed a Dodge pick-up truck parked in the lot and a man sleeping in it. A computer check indicated the truck was reported stolen in Prince George’s County, MD. Officers approached the driver and upon further investigation recovered two stolen credit cards in the truck.The driver, who initially said his name was “Anthony Holland,” was arrested. A warrant check showed “Anthony Holland” had an open warrant for assault in a different county.

Officers also linked “Holland” to a theft that occurred on January 10 at the same convenience store, during which the suspect and an unknown accomplice entered the business, walked behind the counter, and stole numerous packs of cigarettes. They fled in a Cadillac, which had been reported stolen earlier that morning from St. Mary’s County, MD.

On January 12, officers learned “Holland” provided a false name and that his true name is Travis Dominique Dash, 39, of Washington, D.C. A computer check showed Dash had open arrest warrants in multiple jurisdictions for charges relating to strong-armed robbery, theft from auto, and stolen auto. Dash is currently being held at the Charles County Detention Center with no bond.

Officers are pursuing leads relating to the identification of the second suspect involved in the cigarette theft. Anyone with information is asked to call Officer B. Padgett at 301-932-2222. Tipsters wishing to remain anonymous may contact Charles County Crime Solvers by calling 1-866-411-TIPS. Tips can also be submitted online at www.charlescountycrimesolvers.com or by using the P3Intel mobile app. The investigation is ongoing. 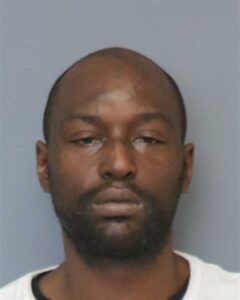