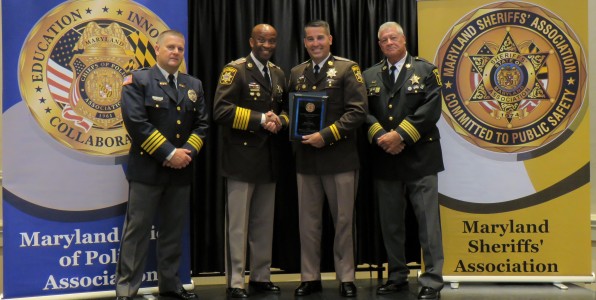 The Charles County Sheriff’s Office is pleased to announce Captain David Kelly, Commander of the Executive Services Division, was recognized as Deputy of the Year by the Maryland Sheriff’s Association in the category of Contributions to Profession during the MSA’s annual conference held last week.

Captain Kelly, who is also an FAA certified pilot, established the Agency’s unmanned aerial system (UAS/drones) program, developed policies and coordinated training to get the program in compliance with FAA regulations. His research and work with UASs has been so successful that agencies throughout the DC metropolitan region – to include police agencies, fire departments, emergency medical services and federal partners – have requested and received guidance from Captain Kelly and his team. “I am extremely proud of the work Captain Kelly put into this program to get it off the ground. This type of technology is critical in police work and has already helped us in a number of cases, especially when time is of the essence,” said Sheriff Troy D. Berry.

In 2016 Sheriff Berry expressed his interest in establishing an Unmanned Aerial System program at the Charles County Sheriff’s Office, and he asked Captain Kelly to lead the endeavor due to the experience Captain Kelly already had. Prior to this initiative, Captain Kelly began flying a drone to document large scale crime scenes during his time as a supervisor in the Criminal Investigations Division and it quickly became evident the value of such technology.

Captain Kelly has held a manned aircraft pilot’s license since 1996 which was instrumental in developing a structured program with safety as the top priority.  To create the required policies and procedures for the UAS program, Captain Kelly worked with officials from the Federal Aviation Administration, the Council of Governments, and a consultant from Alaris. He also attended meetings and field tests to determine the best equipment in which to invest for a successful program. Further, he secured a facility to safely store and maintain the equipment to ensure its mission readiness. He earned his FAA remote pilot’s license to fly UASs commercially in 2017.  He interviewed and selected officers to be trained as licensed UAS operators and filled the program with competent pilots who are the backbone of the program.

Since the establishment of the program, officers are available on a 24/7 callout basis and have been used for pre-raid surveillance, narcotic investigations, crime scene documentation, searches for fleeing suspects, search and rescue operations, barricade situations, fatal accident scenes, DUI checkpoints, large-scale events and to locate missing persons.

“I am honored to have received this award from the Maryland Sheriff’s Association. The development of our UAS program has been a team effort and I have worked with so many people along the way to ensure we did things right and in the best manner possible to better serve our Agency and our community,” said Captain Kelly. In 2018, Captain Kelly also earned the Sheriff’s Award from Sheriff Berry for his dedication to duty and for establishing this program. 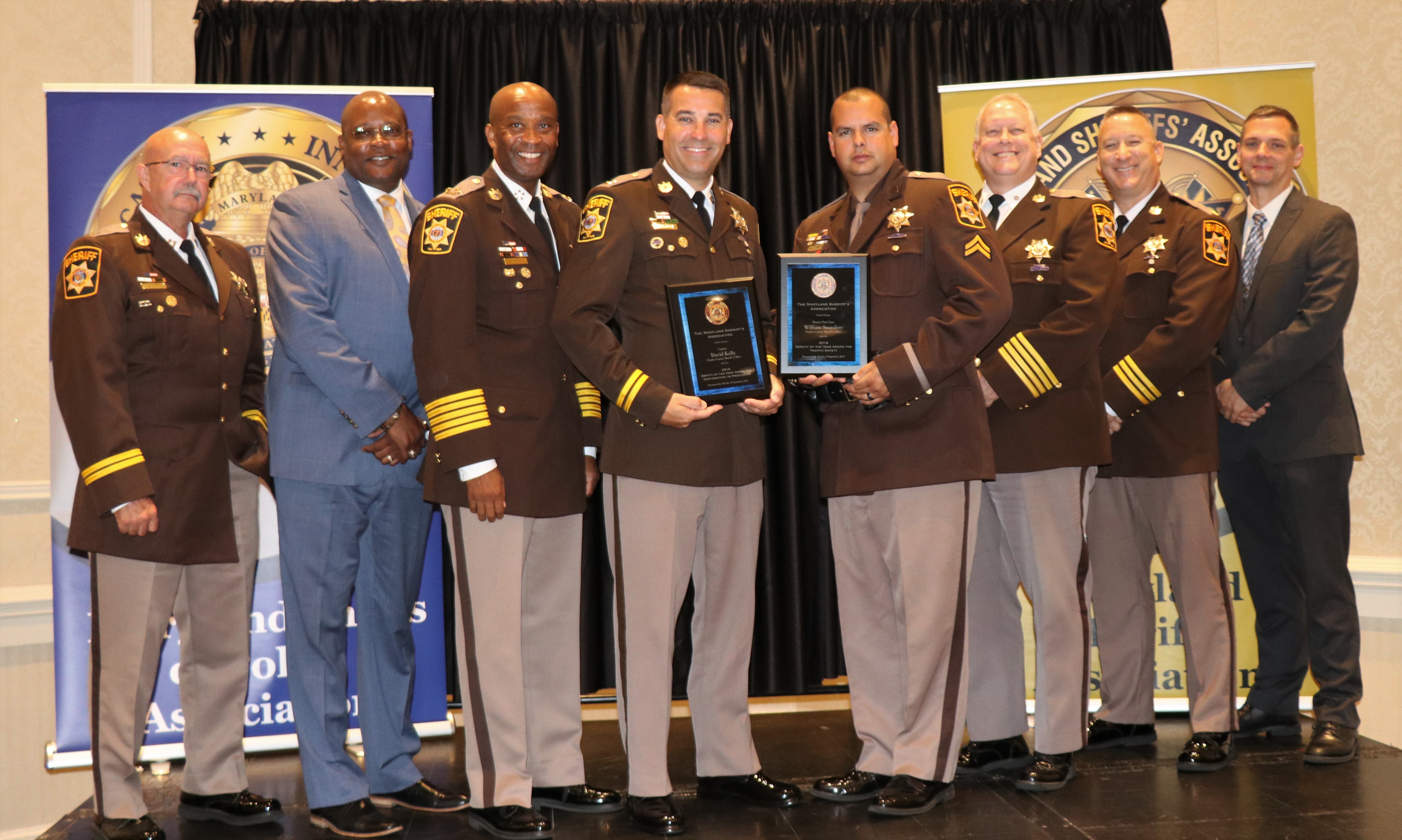