On March 23 at 12:49 p.m., officers responded to the 11800 block of Montgomery Lane in Waldorf for the report of a shooting. When they arrived, officers found a male victim, 27, inside a car which was parked in the parking lot of a store. The victim was flown to a hospital and admitted in serious condition. Officers obtained a description of the suspects and established a perimeter. As a result, they were able to quickly locate both suspects and subsequently recovered a handgun. A preliminary investigation revealed the victim was seated in the front passenger seat of a vehicle when he was approached by the two males. The suspects announced a robbery and then one of the suspects pulled out a handgun and fired a shot, striking the victim in the upper body. Both suspects fled in different directions on foot before they were apprehended. Teion Brewer, 23, of Waldorf, and Lorenzo Henson Simms, 16, of Waldorf, (charged as an adult) were arrested and charged with attempted murder, first-degree assault, attempt robbery, second-degree assault and other related charges. The shooting does not appear to be random. Anyone with additional information is asked to call Det. J. Feldman at (301) 609-6474. Tipsters wishing to remain anonymous may contact Charles County Crime Solvers by calling 1-866-411-TIPS. Tips can also be submitted online at www.charlescountycrimesolvers.com or by using the P3Intel mobile app. The investigation is ongoing. 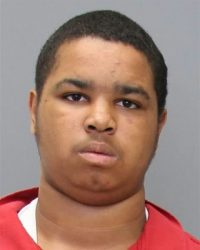