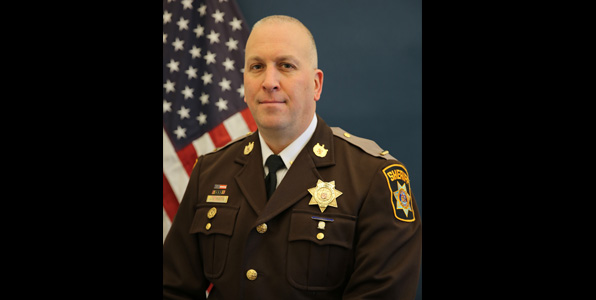 The Charles County Sheriff’s Office is pleased to announce that Lt. Joseph Pratta graduated from the FBI National Academy on December 14. Lt. Pratta was one of 250 fellow law enforcement executives who represented 50 states, 23 international countries, seven federal agencies, and five military organizations to graduate from the 274th session of the National Academy. Lt. Pratta was nominated to attend the Academy by Sheriff Troy D. Berry based on his leadership skills and professionalism. Less than 1 percent of the nation’s law enforcement executives are selected to attend this highly regarded program.

The Academy is known internationally for its academic excellence, consisting of ten weeks of rigorous training in leadership programs such as police management, advanced communications, criminal law, behavioral science, and forensic science. Training is provided by the FBI academy instructional staff, special agents and other staff members holding advanced degrees, many of whom are recognized internationally in their fields of expertise. The program also includes a tough physical training component. “The education and experience I gained at the National Academy will enhance the service I can provide to the Charles County Sheriff’s Office and the citizens of the county,” said Lt. Pratta. “We toured various facilities, took part in group projects, and met with a variety of people from different parts of the world. The instructors were subject matter experts and their training was eye-opening and valuable.”

In addition to the classroom training,  Lt. Pratta participated in several fitness challenges including a 34-mile swim, a 34 mile row each of which were completed during the 10 week program. He also completed the Yellow Brick Road, which is a six mile obstacle course on the Quantico grounds and is the capstone fitness challenge of the National Academy. “Accepting physical fitness challenges on top of the academic requirements was demanding but I’m proud to have accomplished this training and grateful for being accepted into this program,” said Lt. Pratta.

“Having graduated from the FBI National Academy a few years ago, I know this type of training is important and invaluable for our staff. They can take what they learn and better prepare themselves and their peers for policing in today’s changing and challenging world,” said Sheriff Berry.

Lt. Pratta is currently assigned to the agency’s Office of Professionalism and Responsibility. He was recently promoted to Captain, which will take effect January 19, and he will be reassigned to command the agency’s Criminal Investigations Division.