On November 6, Charles County Sheriff’s officers arrested LaToya Niccole Parker, 40, of Waldorf, after a Charles County Grand Jury indicted her on charges of sexual abuse of a minor, displaying sexual material to a minor, and solicitation of a minor. The incidents occurred between the fall of 2016 and March 2017 while Parker was a teacher at St. Charles High School and involved a student. T…

BURGLARY: On October 30 between 7:40 a.m. – 3:30 p.m., unknown suspect(s) broke into a house in the 11300 block of Snow Owl Place in Waldorf and stole a surveillance camera. The suspect(s) also placed a pair of shoes in the backyard. Nothing else was reported stolen.  Cpl. P. Morgan, III is investigating.

BURGLARY: Between October 28 – October 30, unknown suspect(s) broke into a storag… 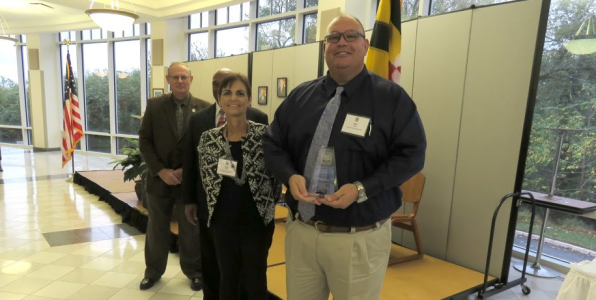 On Thursday, October 12, 2017, the Maryland Police & Correctional Training Commissions held its 17th Annual Instructors’ Awards and Training Conference. This organization is “committed to the continuous improvement of these professions to better provide for the health,…