FIRST-DEGREE ASSAULT: On October 26 at approximately 2 p.m., officers were dispatched to the Super 8 Motel at 3550 Crain Highway in Waldorf for the report of a shooting. The victim was located in the lobby with a single gunshot wound to his lower back. He was flown to a hospital with injuries that did not appear to be life threatening. A perimeter was established and members of the Emergency…

OFF-DUTY PRINCE GEORGE’S COUNTY VOLUNTEER FIRE CHIEF ARRESTED: On October 24 at 4:50 a.m., officers were dispatched to the 2500 block of Lisa Drive in Waldorf for the report of a man threatening to slash the tires on his girlfriend’s car. Officers arrived and observed the suspect in a silver Ford F-150 truck. They initiated a traffic stop, but the driver fled. Officers pursued the driver a…

Charles County Sheriff’s detectives have identified nine suspects involved in a case in which four victims, ages 16-19, were robbed and assaulted during the same incident. On October 5 at 4:30 p.m., the victims were in the 1000 block of Bannister Circle in Waldorf when a group of suspects approached them. The suspects displayed a handgun and robbed and assaulted the victims, leaving on…

THEFTS FROM AUTOS: On October 10 between 6 a.m. – 5 p.m., unknown suspect(s) broke into two cars parked at the Mattawoman-Beantown Park and Ride in Waldorf. Various items were stolen. Officer C. Garner is investigating. 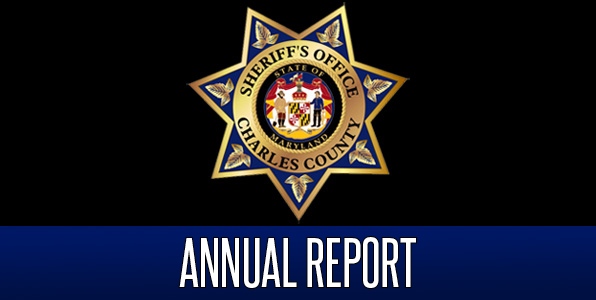 On October 5 at 7:15 a.m., officers responded to the 15800 block of Scout Camp Road in Hughesville for the report of a motor vehicle accident, which was called in to 9-1-1 after an operator with the vehicle’s onboard communications system detected a possible crash. Units arrived on the scene and observed a Ford SUV overturned on the side of the road. The operator of the vehicle, Barbara Elain…

STOLEN PROPERTY RECOVERED / DETECTIVES SEEK ADDITIONAL VICTIMS: On September 5, a victim witnessed a man stealing property from his garage. An investigation followed, and a…

CCSO DETECTIVES SEEK WHEREABOUTS OF SHOOTING/ATTEMPTED MURDER SUSPECT/ CRIME SOLVERS OFFERING CASH REWARD: On October 1 at approximately 2:29 a.m., officers responded to the 2000 block of Amber Leaf Place in Waldorf for the report of a shooting. Upon arrival, officers located a victim suffering from a gunshot wound to the chest and leg. The victim was subsequently flown to a hospital for…