CCSO to Participate in State-Wide Click It or Ticket Initiative

Do You Have Three Seconds to Help Save a Life?
Marylanders Urged to Buckle Up or Pay the Price.
Charles County, MD – Each year more than 120 people, who are not wearing their seat belt at the time of their crash, die on Maryland’s roadways. Even low speed crashes can produce serious injuries or fatalities to unbelted vehicle occupants which is why the Charles County Sheriff’s Office is…

BURGLARY: Between May 7 and May 13, unknown suspect(s) stole an HVAC unit from a house in the 10200 block of Charles Street in La Plata. Officer B. Cox is… 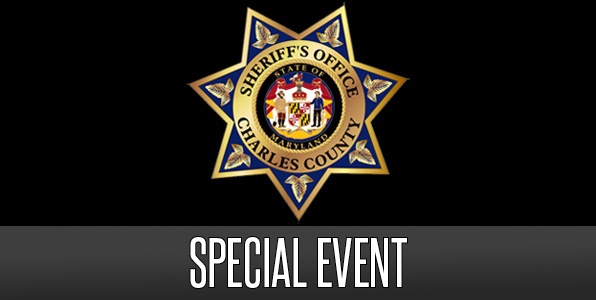 KOPS FOR KIDS (Football Camp): This program is being offered to youths currently in grades…

HOMICIDE UPDATE: Charles County Sheriff’s detectives arrested Shondell Middleton, 18, of Clinton, NC, in connection with the stabbing death of  Jordan Anthony Lucas, 18, of Waldorf that occurred on May 7 on Vivian Adams Drive. Middleton stabbed Lucas as Lucas was fleeing from an altercation with him.  After reviewing evidence and witness accounts, and after conferring with the Charles County…

HOMICIDE: On May 7 at 10:30 a.m., officers responded to the 12300 block of Vivian Adams Drive in Waldorf for the report of a stabbing. When officers arrived, they found an 18-year-old male lying in the parking lot of an apartment complex. He had stab wounds and was transported to a hospital where he died a short time later.  A preliminary investigation showed the victim and two friends went to…

The following is a sample of recent Charles County Sheriff’s Office investigations. For information about crimes not included in this report, visit CrimeReports.com and search by county, city, zip code or street address.
FIREARMS VIOLATION: On May 5 at 3:31 a.m. officers responded to the 3200 block of Patapsco Place in Waldorf for the report of a suspicious vehicle. Officers located the car… 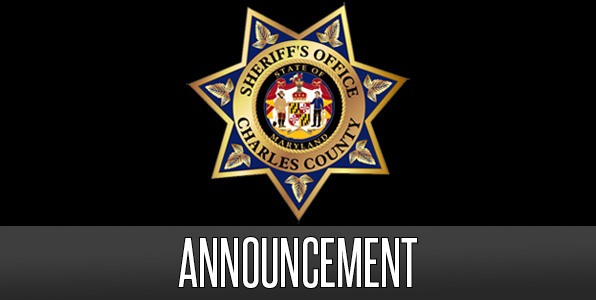 Phone service for all business, non-emergency Charles County Sheriff’s Office phone lines will be temporarily disrupted on May 5 between the hours of 8 a.m. to 2 p.m. due to ongoing system upgrades. Please contact 911 for all emergencies.

Charles County Crime Solvers offers rewards of up to $1,000 for information that leads to the arrest or indictment of a person responsible for a crime in…